Participation in any sport, whether it's recreational bike riding or Pee-Wee football, can teach kids to stretch their limits and learn sportsmanship and discipline. But any sport also carries the potential for injury.

By knowing the causes of sports injuries and how to prevent them, you can help make athletics a positive experience for your child.

Kids can be particularly at risk for sports injuries for a variety of reasons. Kids, especially those younger than 8 years old, are less coordinated and have slower reaction times than adults because they are still growing and developing. Also, kids mature at different rates, with differences in height and weight between kids of the same age. And when kids of varying sizes play sports together, there can be an increased risk of injury.

As kids grow bigger and stronger, the potential for injury increases, largely because of the amount of force involved. For example, a collision between two 8-year-old Pee-Wee football players who weigh 65 or 70 pounds each does not produce as much force as that produced by two 16-year-old high school football players who may each weigh up to 200 pounds.

Also, kids may not judge the risks of certain activities as well as adults would, which can lead to injuries.

You can help protect your kids from being injured by following some simple guidelines:

Use of Proper Equipment
It's important for kids to use proper equipment and safety gear that is the correct size and fits well. For example, they should wear helmets for baseball, softball, bicycle riding, and hockey. They also should wear helmets while they're inline skating or riding scooters and skateboards.

Protective equipment should be approved by the organizations that govern each of the sports. Hockey facemasks, for example, should be approved by the Hockey Equipment Certification Council (HECC) or the Canadian Standards Association (CSA). Bicycle helmets should have a safety certification sticker from the Consumer Product Safety Commission (CPSC).

In the United States, the National Operating Committee on Standards for Athletic Equipment (NOCSAE) sets many of the standards for helmets, facemasks, and shin guards. Besides meeting the NOSCAE standards, all equipment should be properly cared for so it stays effective over time.

Maintenance and Appropriateness of Playing Surfaces
Check that playing fields are not full of holes and ruts that might cause kids to fall or trip. Kids doing high-impact sports, like basketball and running, should do them on surfaces like tracks and wooden basketball courts, which can be more forgiving than surfaces like concrete.

Adult Supervision and Commitment to Safety
Any team sport or activity that kids participate in should be supervised by qualified adults. Select leagues and teams that have the same commitment to safety and injury prevention that you do.

The team coach should have training in first aid and CPR, and the coach's philosophy should promote players' well-being. A coach with a win-at-all-costs attitude may encourage kids to play through injury and may not foster good sportsmanship. Be sure that the coach enforces playing rules and requires that safety equipment be used at all times.

And make sure your kids play sports that match their skill level, size, and physical and emotional maturity.

Proper Preparation
Just as you wouldn't send a child who can't swim to a swimming pool, it's important not to send kids to play a sport that they're unprepared to play. Make sure that they know how to play the sport before going out on the field.

Kids should be adequately prepared with warm-ups and training sessions before practices and before games. This will help ensure that they have fun and reduce the chances of an injury. They also should should drink plenty of fluids and be allowed periods of rest during practices and games.

Severe acute injuries that can happen at any age include: eye injuries, including scratched corneas, detached retinas, and blood in the eye; broken bones or ligament injuries; brain injuries, including concussions, skull fractures, brain hemorrhages; and spinal cord injuries.

Acute injuries often happen because of a lack of proper equipment or the use of improper equipment. For example, without protective eyewear, eye injuries are extremely common in basketball and racquet sports. And many kids playing baseball and softball have suffered broken legs or ankles from sliding into immobile bases.

Overuse Injuries
Overuse injuries are caused by repetitive actions that put too much stress on the bones and muscles. Although they can happen in adults too, they're more problematic in young athletes because they can affect bone growth.

All kids who play sports can develop an overuse injury, but the likelihood increases with the amount of time a child spends on the sport.

Some of the most common types of overuse injuries are:

anterior knee pain: Anterior knee pain is pain in the front of the knee under the kneecap. The knee will be sore and swollen due to tendon or cartilage inflammation. The cause is usually muscle tightness in the hamstrings or quadriceps, the major muscle groups around the thigh.
Little League elbow: Repetitive throwing sometimes results in pain and tenderness in the elbow. The ability to flex and extend the arm may be affected, but the pain typically happens after the follow-through of the throw. Besides pain, pitchers sometimes complain of loss of velocity or decreased endurance.
swimmer's shoulder: Swimmer's shoulder is an inflammation (swelling) of the shoulder caused by the repeated stress of the overhead motions used with swimming or throwing a ball. The pain usually begins intermittently but may become continuous pain in the back of the shoulder.
shin splints: Shin splints are characterized by pain and discomfort on the front of the lower parts of the legs. They're often caused by repeated running on a hard surface or overtraining at the beginning of a season.
spondylolysis: Spondylolysis often results from constant overextension, which puts too much stress on the bones of the lower back. This can cause persistent lower back pain. Spondylolysis is commonly seen in kids who participate in soccer, football, weight lifting, gymnastics, wrestling, and diving.
Overuse injuries can be caused or aggravated by:

growth spurts or an imbalance between strength and flexibility
inadequate warm-up
excessive activity (for example, increased intensity, duration, or frequency of playing and/or training)
playing the same sport year-round or multiple sports during the same season
improper technique (for example, overextending on a pitch)
unsuitable equipment (for example, nonsupportive athletic shoes)
Reinjuries
Reinjury happen when an athlete returns to the sport before a previous injury has sufficiently healed. Athletes are at a much greater risk for reinjury when they return to the game before recovering fully. Doing so places stress upon the injury and forces the body to compensate for the weakness, which can put the athlete at greater risk for injuring another body part.

Reinjury can be avoided by allowing an injury to completely heal. Once the doctor has approved a return to the sport, make sure that your child properly warms up and cools down before and after exercise.

Sudden exertion also can cause reinjury, so your child should re-enter the sport gradually. Explain that easing back into the game at a sensible pace is better than returning to the hospital!

Treatment of sports injuries depends on the type of injury.

For acute injuries, many pediatric sports medicine specialists usually take a "better safe than sorry" approach. If an injury appears to affect basic functioning in any way — for example, if your child can't bend a finger, is limping, or has had a change in consciousness — first aid should be given immediately. A doctor should then see your child. If the injury seems to be more serious, it's important to take your child to the nearest hospital emergency department.

For overuse injuries, the philosophy is similar. If your child complains of pain, it's the body's way of saying there's a problem. Limit activity until your child sees a doctor. The doctor can then determine whether it's safe to return to play or if your child needs to see a sports medicine specialist. Doctors usually can diagnose overuse injuries by taking a medical history, examining the child, and ordering X-rays, if needed.

It's important to get overuse injuries diagnosed and treated to prevent them from turning into larger, chronic problems. Doctors may advise young athletes to temporarily change or stop an activity to limit stress on the body. In some cases, it might not be possible to return to the sport without risking further injury.

Because overuse injuries are characterized by swelling, a doctor may prescribe rest, medicines to ease inflammation, and physical therapy. When recovery is complete, your child's technique or training schedule might need to be adjusted to prevent the injury from flaring up again. 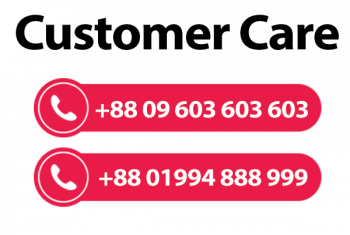